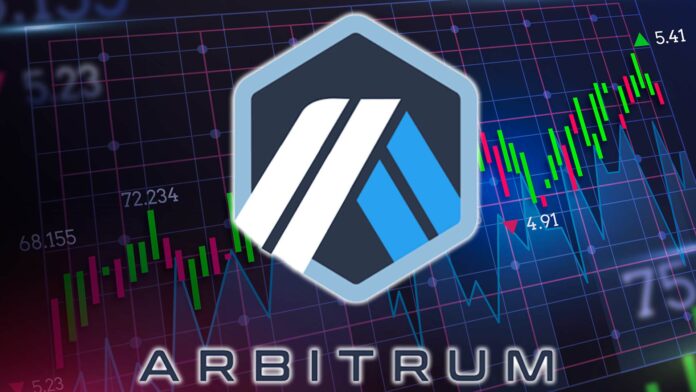 500% spike in Arbitrum Usage: Does that mean the market is recovering?

Che shared her “Snap Judgement” on Twitter on what statistics of major L1 and L2 activities tell us.

As per her data, the two L2 powerhouses Arbitrum and Optimism (OP), recently witnessed a huge spike in both matrices. The first network (Arbitrum) is “killing it,” as per Che. To put this into perspective, the number of daily active addresses increased by 152%, while the daily transactions increased by a whopping 484%. Optimism also added to its daily active address by over 231%, and the daily transactions have almost doubled.

These statistics imply that both networks are actively increasing engagement with new users as well as actively onboarding new users.

On the other hand, Avalanche and Flow, the two deemed as “Ethereum Killers.” have their statistics analyzed; the number of addresses is sharply declining, but the activity of addresses is growing and can be considered a net positive for the two.

Cardano, Ethereum, BNB Chain and Osmosis (Cosmos ecosystem) have the 90 days analysis of said statistics in green. Meaning they are going well and might recover from the FTX debacle soon.

Solana is the worst L1 sufferer after the FTX collapse, its one-third of users have dropped, and the daily transactions are down by 42%. In both matrices, it seems to be bleeding red.

This spike in the L1-L2 statistics hints that the market is growing and recovering from the FTX debacle and ongoing cryptowinter One day at a time. Governments all over the world are adopting cryptocurrencies, making policies and laws regarding their possessions and usage, and trying to increase their transparency through Proof-of-Reserve protocols. And the wide array of usage of technology beyond cryptocurrencies can be seen by companies worldwide. And everyone is making efforts to be a part of the system in one way or another.

It aims to reduce transaction fees and congestion in the network by moving as much data usage and computation off of its main Blockchain (Layer 1), and storing data off of Ethereum’s blockchain is the Layer 2 solution.

Arbitrum network, a layer 2 functionality, was developed by the New York-based company Off-Chains Labs, which is on a quest to solve Ethereum’s congestion problem that the network has been facing ever since by improving how smart contracts are validated.

2022 was a very difficult year for crypto enthusiasts...
Previous articleEurope enters in the crypto hedge funds arena with London based Man Group.
Next articleBTC at $9000 and ETH at $660 on Grayscale: How and Why?
Facebook
Instagram
Twitter