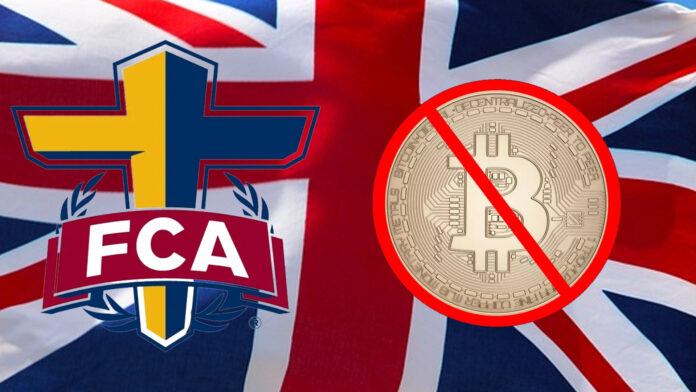 FCA Is Not In The Favour of Crypto Companies; Urges To Band in UK

In the last few weeks, too much happened in the crypto market, such as Terra Luna and FTX bankruptcy. This turmoil activated investors’ emotions, and Lawmakers. They are raising their voices against crypto companies. FCA (Financial Conduct Authority), a regulator of the financial service provider industry in the UK, is also against crypto companies.

FCA also points to not approving the license of the crypto companies that have created a big loss system for customers in the past, like FTX.

The main aim of FCA is to keep customers safe, keep the industry stable and promote healthy competition between financial service provider industries. Still, because of this strict decision, FCA and other involved authorities have been facing criticism for being a hurdle for innovative developments in the country.

FCA has rejected 85% of applications, or it is also possible that the candidates might have withdrawn themselves. The FTX market was stopped when FTX collapsed, and it was found that FTX had been operating without getting approval from Britain’s financial watchguard anti-money laundering control.

The Cyprus Securities and Exchange Commission, also known as CySEC, suspended the license of the FTX. At the same time, Binance has won the approval with comparatively more votes from EU members than FTX.

At the time of the discussion to handover special authority to FCA, Nikhil Rathi raised his voice in a recent parliament committee in the House of Lords and expressed his views on banning suspected crypto platforms.

He stated, “That does require I think to have parliamentary support and political support when we take some of those robust decisions” he also said that because of limited authority, FCA is unable to maintain the information on investments made in the crypto platforms by UK residents because these industries are controlled by overseas.

Nikhil Rathi also stated the point to focus on,” If they want to, they can go all around the world and deposit money by credit card that we don’t track, and we have no means of tracking it.”

According to the situation, the UK government is focusing on crypto regulation, and a new bill for virtual assets is in process. If only parliament had these new bills and regulations to satisfy parliament to approve it.

These new policies will be applied in the regulation under FCA with new authority to protect investors and customers.

Dubai’s Metaverse Assembly was held in September 2022 at...
Previous articleThe Crypto Market May be Getting Set for Another Cycle: Why BudBlockz, Dash2Trade, and IMPT.io are Going to Explode in 2023
Next articleFTX collapse, a lesson for the whole industry: Vitalik Buterin.
Facebook
Instagram
Twitter