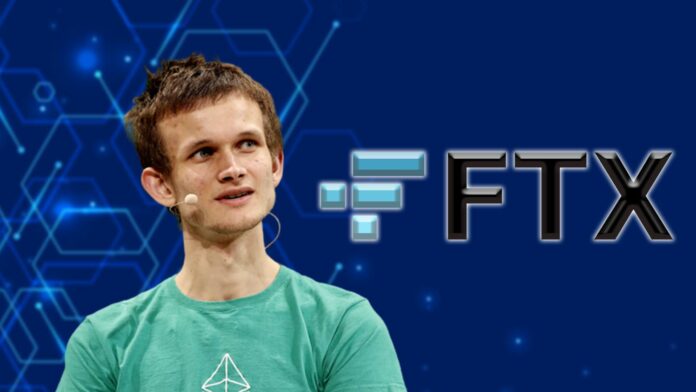 FTX collapse, a lesson for the whole industry: Vitalik Buterin.

Ethereum creator Vitalik Buterin said that the FTX collapse proved once more that the problem lies with people and not the system.

In a Bloomberg interview on November 20, Vitalik said that the incident is a learning curve for the entire crypto industry. In order to be successful, you shall know what to do and how to do it, but it’s equally important to know what not to do and where to draw the line.

In all the recent incidents and the ones that happened in the past, the underlying stability of the distributed ledger system, powering the entire crypto asset economy, has not been questioned even once.

“…that said, many in the Ethereum community also see the situation as a validation of things they believed all along: Centralized anything is by default suspect.”

He further added that this ethos includes trusting above humans in open and transparent codes. In his report “Having safe CEX: Proof of solvency and beyond.”

He said that rather than relying solely on “fiat methods” such as governments audits and licenses, background investigation of people running the exchanges, and corporate governance, a “cryptographic proof” shall be created by the exchange can show that the on-chain funds they hold are enough to cover their liabilities towards their users.

FTX is accused of mishandling customers’ funds and moving them around illegally, and when the influx of withdrawals arrived after CZ dumping his FTTs, the exchange was unable to meet the increased demand with their then-current liquidity.

“While regulations are important, the industry leaders should lead by example.”

He added that the FTX saga is likely to set back the crypto industry by a “few years,” and we are likely to see regulators scrutinize the industry “much, much harder, which is probably a good thing, to be honest.”

FTX collapse is one of the biggest black swan events in the history of cryptocurrencies, and it started with the mishandling of users’ funds and lack of proper governance at the helm of FTX, which was kind of a one-man-show with SBF at the center of everything. CZ got wind of what was going on in the company, and it can be said he acted as a whistle-blower and threatened to dump his FTTs in the market. Creating a whirlpool that engulfed FTX and Alameda, along with 134 other companies.

On a broader scale, all the scams and corruption and collapses in the industry happened with the root cause being human error. Further intensifying the need for stricter rules and regulations over the market.

Decentralized Autonomous Organizations (DAO) have already started finding their...
Previous articleFCA Is Not In The Favour of Crypto Companies; Urges To Band in UK
Next articleBill Ackman Statement in the Favour of Cryptocurrency,” crypto is here to stay”
Facebook
Instagram
Twitter