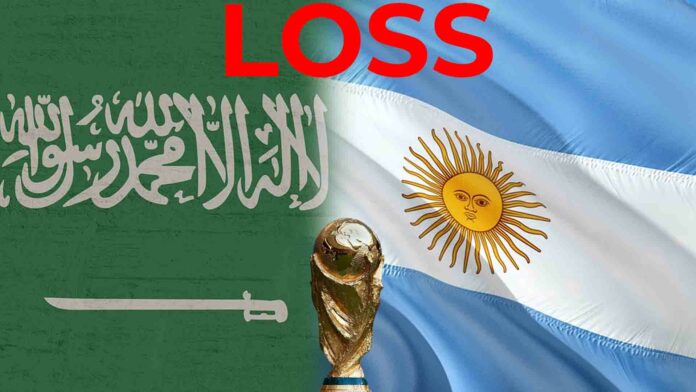 Argentine Football Association Fan Token (ARG) is a fanbase token designed to increase football fans’ engagement. The token is based on the team name highly affected by the team’s performance in the world cup.

In FIFA world cup 2022, two group matches were played, but football fans had high expectations of Argentina. As a result of the match, Argentina Lost by 2-1, this created turbulence in the crypto market.

Argentine Football Association Fan Token (ARG) price decreased by 31% as poor performance by Argentina. During the match on 22 November, ARG’s token price peaked at $7.21 and fell to $4.96 by the end of the match; after the match, ARG’s current price at the time of writing was $5.30.

As well as ‘The Saudis’ a South – Arabian themed Non-Fungible-Token (NFT), shows the opposite reaction to the price; as usual, the South Arabia team wins the match, and it widely affected The Saudis NFTs; that’s how fanbase token or NFTs worked.

But, ‘The Saudi’ is not related to the South Arabia team; it is based on a South Arabian theme. The NFT collection price increased 52.6% rapidly from 0.196 ETH to 0.3 ETH.

Argentine Football Association Fan Token (ARG) is a fanbase token, and The Saudis is a non-fungible token. ARG is related to the Argentina football team, but The Saudis are an unrelated token to the Saudi Arabia team.

The Saudis is the NFT collection made on the theme of South Arabians Shiekh Portraits. ARG tokens can be traded on Bitget, OKX and DigiFinex. The circulating supply of ARG tokens is 4,057,827, and the market cap is $21,844,803.