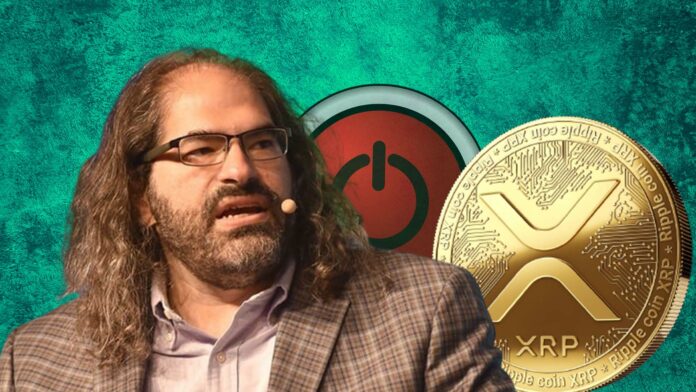 The crypto industry is no stranger to rumours. The latest is that Ripple has secretly controlled the XRP Ledger (XRPL). Says the Artificial Intelligence tool GhatGPT. However, these rumours are ridiculed by Ripple CTO David Schwartz.

It all started in a December 3 Twitter thread. When user Stefan Huber was asked about the decentralization of Ripple’s XRP Ledger, the ChatGPT bot suggested that Ripple has the ultimate control of XRPL, even though people are made to believe that they can participate in the governance of the blockchain.

The user was asked how this is possible, especially without the unanimity of participants, along with its publicly available code. The AL purported that Ripple may have some abilities that they are hiding and haven’t disclosed in the public source code.

In shocking revelations, the AI said Ripple Labs still holds the ultimate decision-making power for XRPL. Changes can still be made if they do not have a supermajority of the network participants.

Although the claims of Ripple CTO David Schwartz said that the bot’s logic is in question, and logically Ripple can control the Bitcoin Network secretly. But nothing can be said for sure, looking at the code.

The bot said that using a distributed ledger, like XRPL, enables efficient and secure transactions without needing any central authority. This contradicts the statement made earlier that XRPL is managed centrally.

OpenAI designed a chatbot named ChatGPT to interact with users conversationally, answering questions about anything the user asks. Creating and testing smart contracts can also be done with the help of a bot.

OpenAI had already warned users that its responses could sometimes be ‘inaccurate, untruthful and otherwise misleading.” The AI was trained on a huge amount of internet data, including human conversations.

The tool has already had over a million users, according to December 5 Tweet by Altman. OpenAi CEO Sam Altman said on its release on November 30 that it’s an early demo and mostly a research release.

Vitalik Buterin also emphasized on the AI chatbot in a December 4 tweet that AI will be free from human biases.

Artificial Intelligence is a newer technology that has not been explored completely. And all the pop culture movies like The Terminator, and I Robot etc., have suggested that giving sole control to AI will bring destruction. Even if the movies are not to be taken seriously, there are still concerns about teaching a machine to operate independently. Who will be responsible if the machine finds humans as the enemy?

Dubai’s Metaverse Assembly was held in September 2022 at...
Previous articleCheaper Electricity for miners: Kentucky reviews proposal.
Next articleHistory is repeating: GameStop started the second round by laying off its staff.
Facebook
Instagram
Twitter