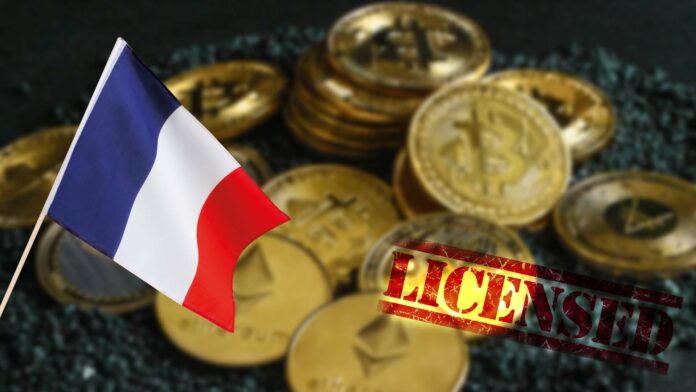 French authorities intend to announce the new amendment for the crypto-related firms. Companies are about to look at the strictness of the French Parliament in January 2023.

After the recent market dramas, most countries have implemented new rules for the crypto industry. It is said that France can reassess its easy licensing procedure for crypto-based firms.

This will encourage the country’s effort to describe itself as the expert crypto country in Europe.

According to the Financial Times, a member of the French Senate’s finance commission, Hervé Maurey, offered an amendment to enable the section that allows crypto-based companies to work without a full license until 2026. The authorities will impose this amendment even after implementing Markets in-Crypto Assets (MiCA) into law in 2024.

Because of the Maurey proposal, the option of operating a firm without strict inspection will stop completely as the proposal obliges companies to apply for a license from the Autorité des Marchés Financiers (AMF) from October 2023.

Hervé Maurey added regarding the FTX fallout, “This led a number of players within the French system to consider that things needed to be supervised more tightly.” A former member of the AMF board, Thierry Philipponnat, believes the investor’s protection concept in the regime is “very light if not non-existent.”

On December 13, the Senate accepted the amendment and proceeded toward parliamentary deliberation by January 2023. It seems that the amendment will be “abandoning an industry of the future” by French lawmakers; therefore, the domestic industry’s association is blooming the French Digital Asset Industry (Adan) concerning the amendment.

Emmanuel Macron, President of France since 2017 known for his support of the digital assets industries. Earlier, in the second round of the presidential election in April this year, Emmanuel shared his belief regarding the essential requirement for increasing the count of tech unicorns in the country. Meanwhile, he also shared a need for developing NFT policy and the “European metaverse.”

Not only France but many countries on the list have made several changes in the regulation of the crypto platform in the country. The country regulating authority intends to make the crypto industry more transparent than it is now.

Currently, every user is known to market events such as the Terra Luna meltdown and FTX fallout to prevent their country’s citizens from such future events. The government is making an effort for the same.