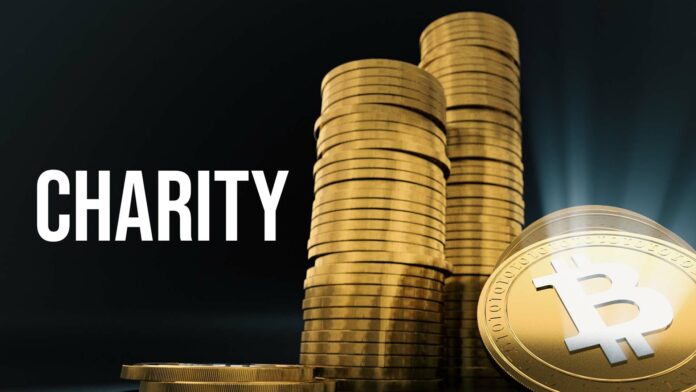 Fran Finney, the widow of Hal Finney, announced a charity event to help victims of Amyotrophic Lateral Sclerosis (ALS), Hal Finney was the recipient of the first ever Bitcoin transaction, in which Satoshi Nakamoto sent him 10 Bitcoin.

Finney was a dedicated runner for much of his life before he suffered an ALS diagnosis in August 2009, and a few years in 2014 he passed away, for that reason, the event is called “Running Bitcoin”, a half marathon event that will take place between 1 January and 10 January 2023.

Fan Finney made the announcement of the charity event by using Hal Finney’s official account. She said, “Hi everyone, I want to let you know about the special event organizing in honor of my husband.” Collaboration with ALS Association Golden West Chapter, which provides equipment loans and educational materials to people who suffer from ALS.

Although, The prominent goal is to get as many people as possible to run a half marathon distance and to raise funds for ALS. Whereas, ALS is a progressive nervous system disease that affects nerve cells in the brain and spinal cord, causing loss of muscle control.

The donations will be amassing in Bitcoin and fiat currency through the event’s website, a $100 contributor will receive a free T-shirt to memorialize the event, and some contributors will receive Hal Finney collectibles autographs.

Hal Finney is one of the earliest Bitcoin testers to corroborate with the bitcoin founder, Satoshi Nakamoto. On 12 January 2009, he received 10 bitcoin from Satoshi, it was the first bitcoin transfer ever conducted. For some people—Finney was Satoshi or part of a group of developers behind all that system.

In 2004, He also originated Reusable Proof of Work (RPOW), a system that permitted Hashcash coins to be reused by recipients, primarily utilized as a proto-cryptocurrency.

Finney passed away from a disease name ALS in 2014. from his Twitter account, a popular announcement tweeted on 11 January 2009—that he was “running Bitcoin”, this tweet was made just a few days after Bitcoin went live. From the crypto users’ perspective, “he might be the second person to run the software after Satoshi himself.”

In early December 2022, the CEO of Twitter, Elon Musk, announced that the social media platform planned to purge 1.5 billion Twitter accounts if they were inactive for years.

After this statement, bitcoiners grew concerned about the computer scientist and bitcoin settler Hal Finney’s Twitter account potentially being terminated. It appears that since then, Finney’s wife has taken charge of Hal’s social media account in hopes Musk won’t purge her husband’s account