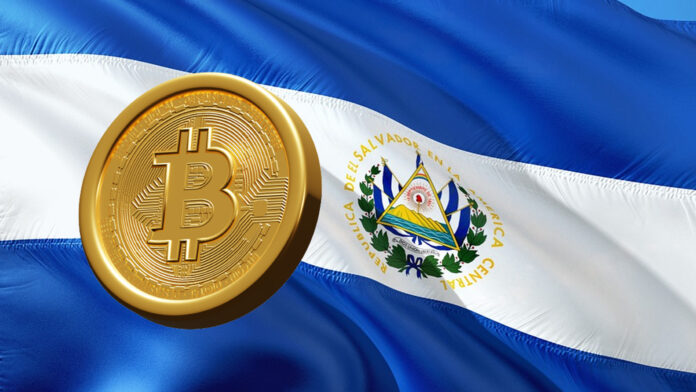 At the 71st Miss Universe Contest in New Orleans on January 11, 2023, the contestant representing El Salvador wore a Bitcoin-inspired costume and walked the ramp holding a Giant bitcoin staff.

The central American nation never fails to represent BTC on a global scale.

Alejandra Guajardo, representing El Salvador, wore a graceful outfit showcasing the various currencies of the country throughout history. With this inventive display, El Salvador showcased its trust in Bitcoin.

“You don’t need a sash to walk around dressed as cash, like El Salvador,” said the pageant’s emcee during the broadcast. He further elaborated, “This look represents El Salvador’s history of currency.”

The announcer delineated the details of the costume. “Cocoa was used for trade for a long time, and then the Colón until the US dollar replaced it.” In 2021, El Salvador became the first country in the world to use Bitcoin as a legal tender.

On January 12, the Actress and Model Alejandra Guajardo posted a reel on her Instagram handle showing off her currency-themed outfit at the pageant.

Plastic artist Francisco Guerrero curated the majestic currency suit, with BTC at the front, celebrating the country’s adoption of Bitcoin. As of now, the role of the government in promoting cryptocurrency to a global audience is ambiguous.

Citizens appreciated El Salvador’s zest for showcasing cryptocurrency to the world. The model has been in the spotlight since posting her performance clip. Expectant citizens are rooting for her and looking forward to the Miss Universe finals on January 14.

The model’s costume for the last year’s pageant was themed on calling for justice against women murdered in El Salvador.

The country passed a “landmark crypto bill” to strengthen its legal framework and establish an administrative body for all digital assets. The bill was passed on January 11 and will soon become law. It is aimed at strengthening the nation’s economic underpinnings. The bill also paves the way for issuing bitcoin-backed bonds known as volcano bonds. A $ 1 billion bond issuance plan that will invest proceeds into both buying Bitcoin and building out its geothermal-powered “Bitcoin City.”

As per the Country’s National Bitcoin Office, this step is taken to provide consumer protection for a broader crypto market while “establishing that we are open for business to all those who wish to build the future with us on bitcoin.”